Distributed OrcaFlex is a group of programs that enables networked OrcaFlex licensed computers to run OrcaFlex jobs as background tasks.

Alternatively, Distributed OrcaFlex can enable a number of users to submit OrcaFlex jobs to a dedicated high capacity server. 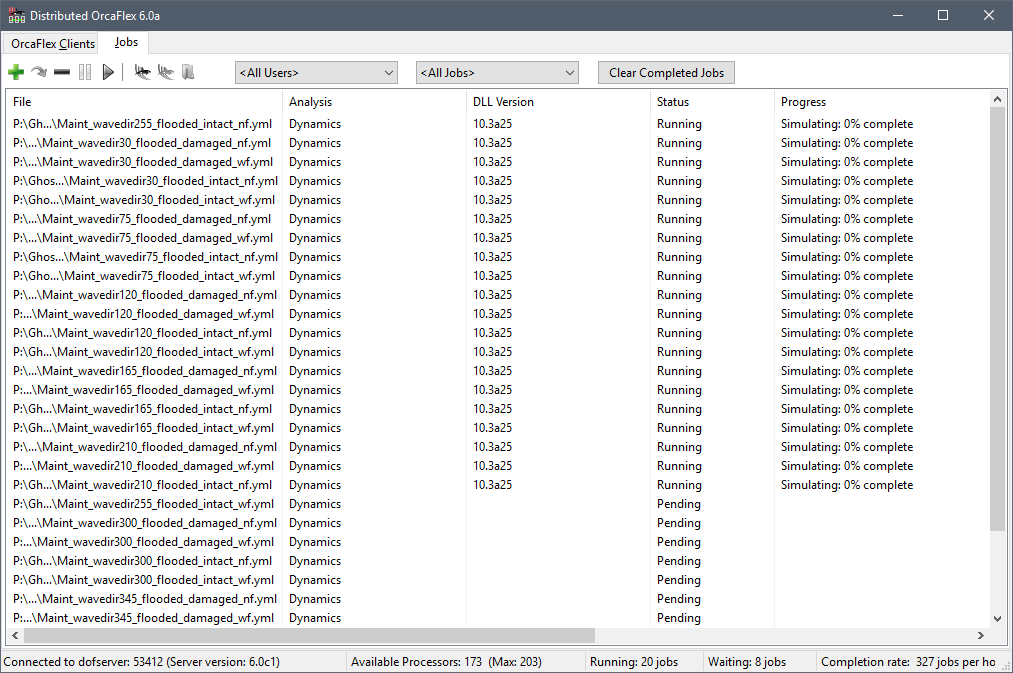 To minimise the impact on a user’s work the client program runs at a low operating system priority, this ensures that OrcaFlex jobs run in the background and give way to higher priority user tasks.

The latest version of Distributed OrcaFlex is 7.0a which can be installed by following these steps:

Note: The minimum supported version of OrcaFlex is 10.0

Note: The client runs as a Windows service, but will not run using the ‘Local system’ account. During the installation you will be prompted for a set of credentials for the client service to run under. We recommend that you create a new user, for example ‘DOFUser’, that can then be used for all installations of the Distributed OrcaFlex client. This user should be created before you begin the installation and only be used for the Distributed OrcaFlex client service. This user must have the “Log on as a service” right and have rights to read and write to all areas of the network filing system that jobs may be submitted from including the location of OrcFxAPI.DLL and other required dll files. The “Log on as a service” right is normally set by group policy on the domain controller.

If you intend to run OrcaFlex models that use external functions or post calculation actions then an appropriate version of Python must be present on the client computer. This should be a 64 bit version of Python that is supported by the versions of OrcaFlex that will be used.

More details on installing Python for OrcaFlex can be found on the OrcaFlex Python API page.