Orcina Ltd has been in business for over thirty years, with both software development and consultancy being the core services since day one. You can read a little about our history below. 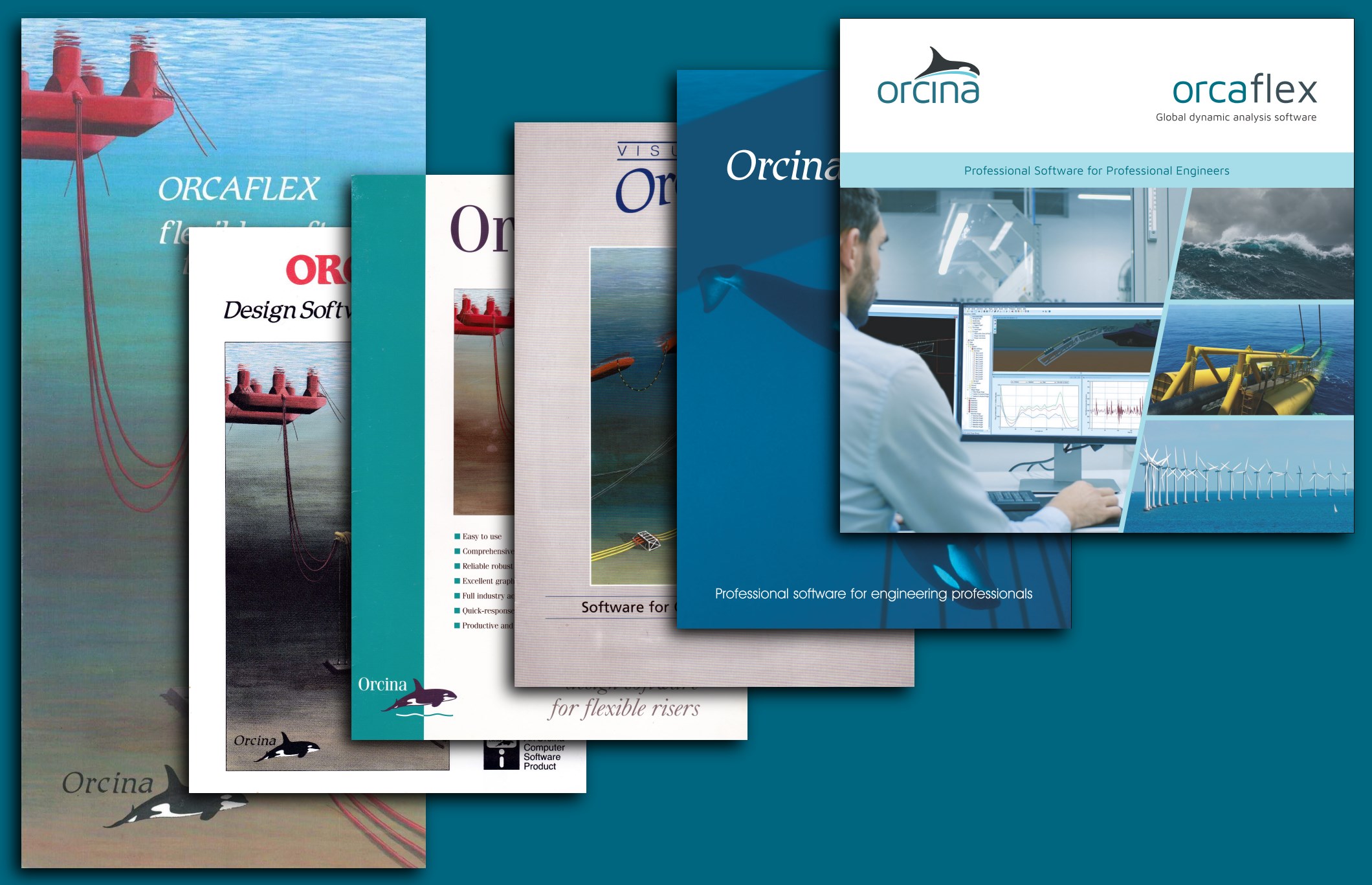 o
Orcina was founded in July 1986 by Mark Carson and Mike Isherwood, who had both previously worked for VO Offshore in Barrow (a spin-off from Vickers Shipbuilders and owned by British Shipbuilders, now part of BAE Systems). The name ‘Orcina’, using a variation of the latin for ‘Orca’, the chosen company logo, was registered in September 1986.

Orcina Ltd began life in the old sitting room of Mark’s home on the outskirts of Ulverston. Duties at the time extended beyond engineering, and when Mark was away on business, someone had to take responsibility for looking after the goat!

Initially the mainstay of the company was engineering consultancy work for BNFL Sellafield and others, and nothing to do with flexibles. In fact, the flexibles work developed gradually, and the need for specialist analysis software grew with it. It took about ten years for the software development to become more significant in terms of revenue than the consultancy work it had been initially designed for.
1986: OrcaFlex 1.0, written in just 3 months
OrcaFlex version 1 was written by Peter Quiggin, Mark and Mike’s first employee. It initially allowed only the modelling of a steep-S system, with the mid-water arch constrained to follow an arc in the form of an upside down rigid pendulum. He wrote it in such a short timescale because it needed to be completed before he embarked on a six week holiday to New Zealand! Peter later became a director and was one of the company’s longest serving employees, only hanging up his keyboard to retire in 2017. The origins of the first version of OrcaFlex came before Orcina was even founded, when Peter was working for VO Offshore. He started dabbling with code on an HP desktop computer, creating a rudimentary user interface based on the machine’s 8 inbuilt ‘soft keys’ below the screen. This user interface would later be adopted in the first version of OrcaFlex.

1987: OrcaFlex 2.0, a great many changes over version 1.0 but still in its infancy
Additional configuration options added such as lazy-S and simple catenary, as well as out-of-plane waves and the ability to output results to a plotter. Analysis took up a great deal of time and processing power in the early days, so batch processing was a very useful introduction. From the brochure at the time: “Detailed analysis of a multi-line bundle can be time-consuming: batch mode lets you run up to ten cases – overnight if you wish. The results can be stored automatically to disk for later examination at leisure.” Little did we know at the time just how far our users would push the batch processing capabilities of later versions of OrcaFlex!
1988: OrcaFlex 3.0, DOS-based, CGA graphics (4 colours)
Although the user interface seems crude now, the use of CGA graphics was a great advancement, and already the visual capabilities of OrcaFlex were setting it apart from anything else. From the brochure at the time: “Use the screen graphics to view the riser from any angle – choose the view that shows you what you want to see. Zoom in for a closer look. Replay the last wave cycle and watch for any problems.”

You can see a short video of OrcaFlex 4.1e in action below. The video highlights how much has changed over the last 3 decades, but also how much is still very familiar! The use of 16 colour VGA graphics at the time represented a step-change in visual performance over previous versions.

At the time, we had started to develop software for other applications outwith the scope of OrcaFlex (which was specifically flexible riser analysis software): OrcaHose, OrcaRiser, OrcaWire and OrcaLift to name just a few – at one point there were nearly 20 separate ‘Orca’ products! Gradually, as OrcaFlex developed and became more comprehensive, we were able to retire these other packages and absorb them into OrcaFlex. For many years subsequently, we had a portfolio of only three products: OrcaFlex, OrcaBend (for bend stiffener design) and OrcaLay (for pipelay).

Our first agent was brought on board in January 1989: Stewart Technology Associates in the USA. This approach has, over the years, proven to be very effective, with agents now operating in many regions around the world. Sales, marketing and training are all enhanced by a regional presence.

Take a look at an old newsletter to see what we were up to back in June 1990!
1991: OrcaFlex 5.0, the last DOS version, random waves
Additional objects were introduced to allow more complex models to be built. The company now also needed new premises – apparently it was no longer appropriate to work out of somebody’s sitting room! Orcina moved to an industrial unit on North Lonsdale Road in Ulverston in around 1993, with the workforce of 4 employees quickly growing to 9. 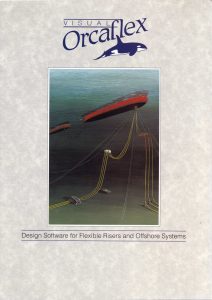 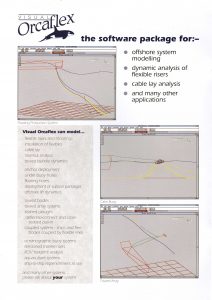 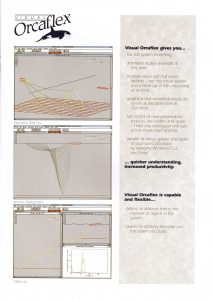 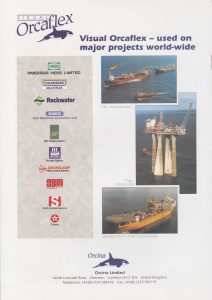 At this point our focus started to shift from consultancy projects towards a greater emphasis on software development, training and support. We continued to offer consultancy services but felt the need to prioritise the ongoing development of the software and the support of our ever-growing OrcaFlex user base.
1998: OrcaFlex 7.0, move to Delphi – functionally equivalent but over twice as fast as v6
Version 7 of OrcaFlex looked much the same as version 6, but the underlying move to Delphi and the use of 32-bit code meant radical speed improvements.

2000: A new home, in more ways than one…
Eventually, we moved to our own purpose-designed building at Daltongate in Ulverston in May 2000, and have been here ever since: 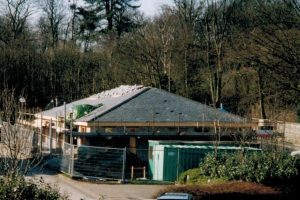 The new millennium also saw us create an online presence for the first time, registering the domain www.orcina.com. This was our first foray onto the world wide web, and some within the company weren’t entirely sure this new fangled internet idea would catch on. However…

By this point there were 12 employees and we were busy working on OrcaFlex version 7.4 which included, amongst other things, the new ability to show/hide objects!
2002: OrcaFlex 8.0 – VIV toolbox

Perhaps as a consequence of living on the edge of the Lake District, we found ourselves with a large cycling contingent amongst our workforce. It would come as no surprise then, that in addition to OrcaFlex improvements, there was high demand for suitable two-wheeled storage to be developed alongside the new office. And so, the Orcina bike shed came to life in 2002, complete with locally-sourced Burlington slate on the roof. It was so famous it featured in the newsletter for OrcaFlex 8.0!

2004: Our website gets a much needed reboot
We had for some time wanted to add more content to our website, and in 2004 combined this with an update to its look and feel. We improved the marketing content and made it more accessible to potential new clients. The site design remained essentially unchanged until the company rebranded in 2018.

Fast forward to 2005, we had grown to 14 staff (five of whom were still with the company at the time of writing), and we were in the process of developing a radical new shaded graphics 3D interface as part of OrcaFlex v8.7. Almost 15 years later and shaded graphics is still loved by our users for the way it provides a sense of realism to their analyses.
2006: OrcaFlex 9.0 – implicit integration, whole system statics
‘Go faster’ OrcaFlex now provided the opportunity for significantly faster simulation times compared to the previous explicit integration option. We would immediately wonder how we did without it!
2014: OrcaLay retires and we increase our floor space
With the introduction of pipelay-specific features into OrcaFlex in version 9.8, we were able to retire OrcaLay, leaving us with two products: OrcaFlex and OrcaBend, OrcaFlex being the only program still actively developed.
In 2014 we also embarked on a new extension to give us much-needed additional space for providing on-site training. Our workforce had now grown to a record 19! 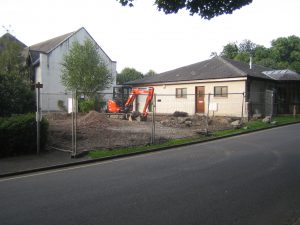 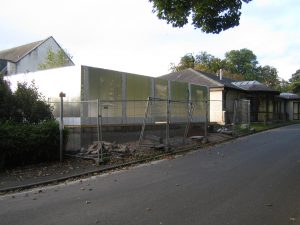 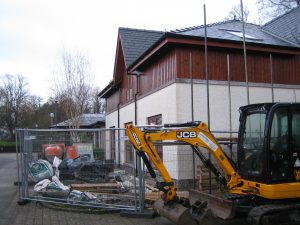 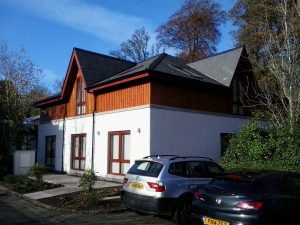 2015: OrcaFlex 10.0 – frequency domain and social media
2015 saw us venture into the world of social media for the first time, with the creation of a company page on LinkedIn. The interest in this tool snowballed very quickly, and at the time of writing, we had over 1500 followers and it has become one of the primary means of communication with our user base.
2018: OrcaFlex 10.3 – wind turbine modelling, and a new look!
By 2018 we had stabilised at a workforce of around 17, with a similar number of staff in both consultancy and software development teams. 2018 also saw the first major rebranding of the company since it was founded over 30 years before. Whilst it had a 3D ‘tweak’ in 2010, the Orca logo was transformed into the fresh stylised version in use today: 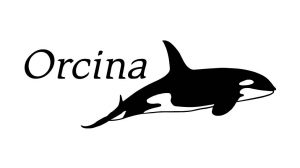 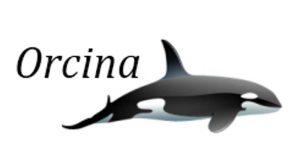 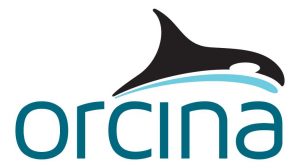 2019 and beyond
Along with the new branding, we now have a completely new website. This was redesigned from the ground up, with the aim of providing relevant and helpful information to both the new and existing user alike, as well as being optimised for mobile use.

We are still privately owned, with 17 staff, and now have a global user base of around 1500 maintained licenses (meaning they receive upgrades and can use our support services). We continue to be supported around the world by a number of agents, some of whom have been with us for over 20 years.

Our aim is, and always will be, to continue to evolve our software to meet the needs of the markets we serve, and we believe this is best done by developing close relationships with those people who use it. We look forward to hearing what you think of OrcaFlex, and how you would like it to develop in the future…